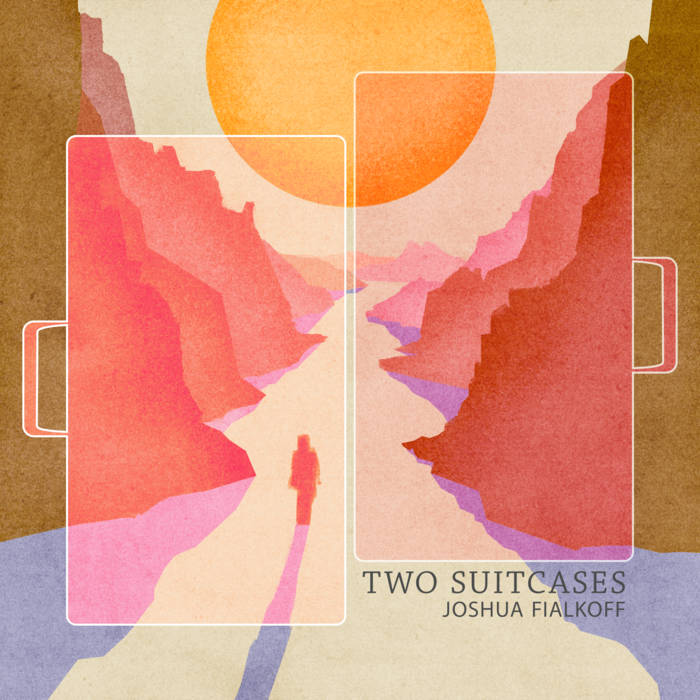 Gabrielle Heard it live many times, it's got a great funky groove. Also participated in a promo video to this song :) Favorite track: Get On With It.

Almost 4 years ago, I got rid of most of my stuff, bought a van, and traveled around the world making music, meeting amazing people, and collecting memories. While behind the wheel or on an airplane, I would often turn inward, tumbling lyrics and melodies around in my head and recording them on my phone when I thought they were ready. Back then, I’d frequently revisit those recordings and cringe at the lyrics, laughing when I remembered how excited I was about them upon their inception. It was even more fun (and if anyone else were to hear them, likely embarrassing) to listen to the mumbled recordings of melodies. To this day, I wonder how a tone-deaf cat keeps getting ahold of my phone.

I distinctly remember making a scratch recording of the bridge and chorus of “Two Suitcases”. I was more excited than I’d ever been about anything I’ve created. Have you ever pulled up to a stoplight to see the person in the car next to you busting out to their favorite song, completely  oblivious to the world outside their car? I’m pretty sure that’s what I would’ve looked like had you been driving next to me on the freeway somewhere between Portland and Philadelphia as I was belting the hook into my phone: “TWOOOOO SUITCASES and that rusty beat up car.” It is absolutely thrilling to listen to old recordings of that song now and see how far it’s come.

This album was wrought from an array of feelings, from fear to fascination to joy. In short, it’s been an enlightening adventure, a small piece of life captured in 10 songs. I’m thrilled to share it with you, and I hope that it inspires you to create, grow, adventure, and dance.

Music and lyrics by Joshua Fialkoff

Josh Fialkoff has been blending his smoky voice and soulful instrumentals for audiences since 2006. His music features a refreshing take on both traditional blues and jazz music as well as modern songs, and his arrangements blend these influences in a way that is neither stale nor abstract. ... more

Bandcamp Daily  your guide to the world of Bandcamp